The largest artificial lake in North Carolina, Lake Norman, covers 32,000 acres and has over 500 miles of shoreline. At an elevation of 760 feet, it is fed by the Catawba River, which was dammed in the early 1960s, to power hydroelectric power plants.

The lake is home to many native fish and has been stocked with Largemouth bass to keep their numbers up. Spotted bass, Largemouth bass, and channel catfish are the most sought-after fish in Lake Norman.

The result is a lake that offers fishing opportunities from the shore or aboard a boat, which will give you an entire run of the lake, from the dam to the mouth of the Catawba River.

Is Lake Norman good for fishing?

Yes, and it is convenient to Statesville, Charlotte, and Mooresville, North Carolina. Lake Norman is easy to access from these locations. It has a reputation as a bass angler’s haven as four bass species live in Lake Norman. There are several parks where shore fishing is possible for those who want to wet a line with earth under their feet.

At 34 miles long and two miles wide at its broadest point, Lake Norman is not a little body of water. The best way to find your catch on Lake Norman is by boat, and ten locations give you easy access to every part of the lake you want to explore.

You can rent a wide variety of local fishing boats from owners listed on Boatsetter, who can have a boat ready for you when you arrive. With a rental, you can enjoy the lake for a few hours or all day, and boats are available with a captain as your guide.

Every major lake has a popular species of fish with avid anglers trying their best to catch, and Lake Norman is no different. Here you will find Largemouth bass, striped and spotted bass, that will challenge even the best angler. If you are looking to find a giant channel catfish, you had better rig up for a fish that can break a regular-sized fishing rig. There are several varieties of panfish, including Bluegill, black crappie, and yellow perch. When you fish at Lake Norman, getting onto the water in a boat rental will give you access to every species of fish the lake has to offer, including the bass.

What fish can you catch in Lake Norman?

The fish caught the most often in Lake Norman are Largemouth Bass, Spotted Bass, and Channel Cats. There are many other fish species in Lake Norman, however, and you can try to catch them all once you know how to find them and what their habits are. 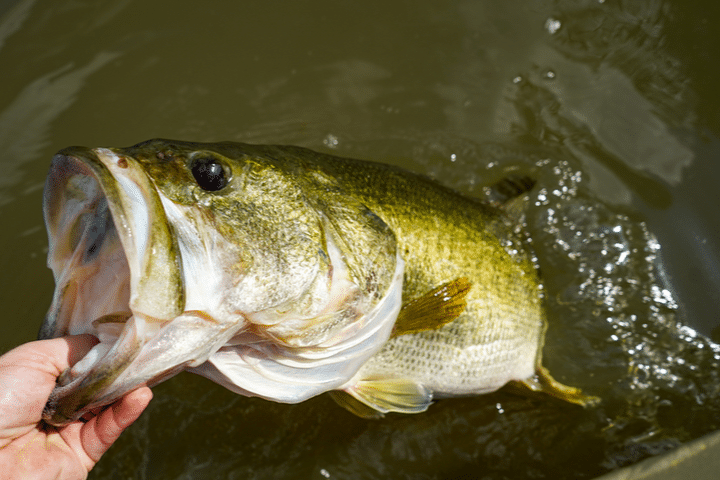 These predatory fish can grow to over 20 pounds and will put up quite a fight when you hook one. Largemouth bass has different names around the country, and you may have heard them called bucket mouths, black bass, largemouth bass, and largies.

The record weight of a spotted bass tips the scales at over nine and a half pounds. Lucky for those who fish in Lake Norman, this bass species can be caught in the waters there, although this is not the species that holds the lake’s record. Spotted bass, also called Kentucky spotted, Alabama spotted, Kentucky bass, and Kentucky spots, tend to get nicknames based on where you are fishing.

With a smaller mouth and size than largemouth bass, they are still large enough to give you a bit of a workout when one locks onto your hook. They dine on frogs, small baitfish, worms, insects, and crustaceans, and they will hit a jig or a spoon.

The smallest of the bass species found in Lake Norman, the record for a White Bass is around six and a half pounds. The White Bass is nicknamed the silver bass, barfish, and sand bass with silver scales and a black dorsal fin, and it is flashier than its cousins are.

Even though it is one of the smaller bass species, the White Bass is a fighter and worth seeking out on a fishing expedition. Live bait that they find enticing includes minnows and worms on a light rig, which should bring you luck. Small lures that imitate baitfish, lures, and jigs are also effective.

You may hook a striper in Lake Norman. However, they have not done well in this environment. As a result, the North Carolina Wildlife Resources Commission (NCWRC) ended stocking Lake Norman with them in 2012. You may find one that has made it, but rest assured, if you want to catch a big fish, they are here, and there are records of striper as large as 30 pounds. 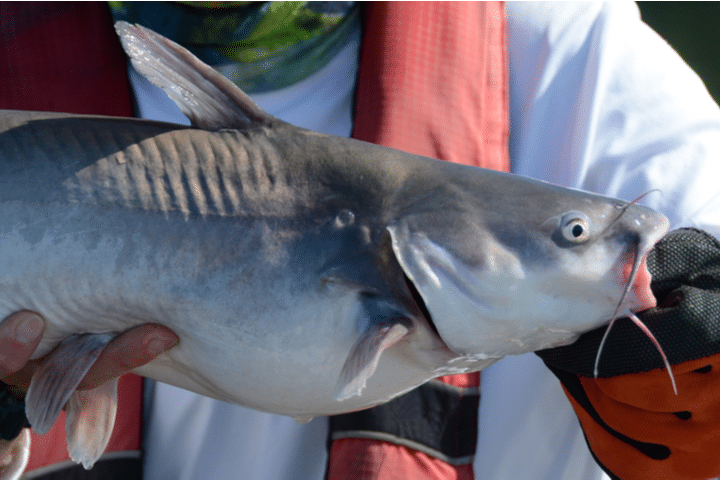 The largest catfish caught in Lake Norman tipped the scales at eighty-five pounds. This monster catfish held the record for several years until an eighty-eight pounder beat it.

They diet on crayfish, mollusks, and frogs and live in major rivers, so working your way toward the mouth of the Catawba River should yield results if a Blue Catfish is your goal. But, remember, you will need a heavy rig to land one of these monsters.

Even though it is the smallest species of catfish found in Lake Norman, the world record Channel Cat weighed in at 58 pounds. So, although you may not hook a record-breaker, you’re likely to find Channel Cats most everywhere on Lake Norman. Their diet is frogs and crawfish, and they like rocky, grassy bottom where small fish gather.

Along with its cousins, the Channel and Blue Cats, those fishing in Lake Norman are catching Flatheads, too. The bait of choice for Flathead catfish is chubs, live shiners, and occasionally, cut bait; they like areas of the lake with deadfalls, logs, or other natural structures. Flatheads tend to feed after dark, which will be the best time for you to land a big one. 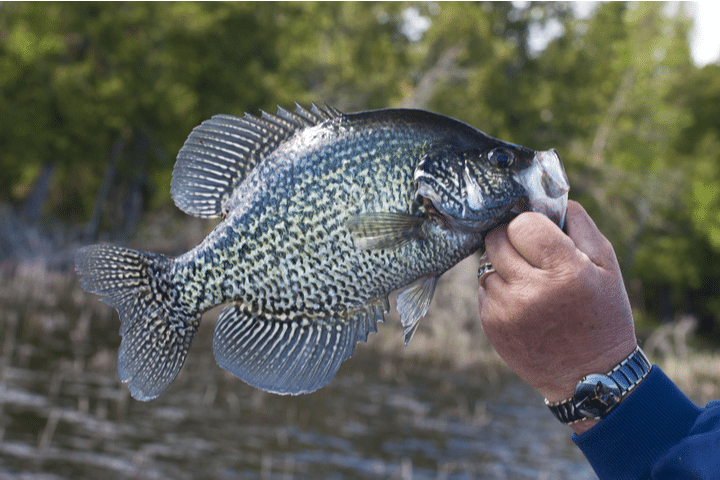 The record weight of this panfish is six pounds, and it is most common in northern states. However, the cold deep waters of Lake Norman are favorable to their living here. They are schooling fish, and you can catch them by still fishing, trolling, or drifting your bait. They like underwater structures, so look for logs and deadfalls, and you’ll likely find crappie and catfish.

The world record for this species of fish is four pounds. However, it takes a couple to make a meal because those you catch are usually much smaller.

They, too, run in schools searching for food, and you will find them at 35 feet and more. They are one of the only fish on this list that hibernates during the winter. You will begin to see them once the water heats up to about 70 degrees Fahrenheit in the spring.

Not to be confused with the Bluegill, the Yellow Perch is one of the most flavorful panfish. Their body is more elongated than the Bluegill, averages about six inches long, and weighs about half a pound. They dine on worms, insects, and other small fish.

Do you need a fishing license for Lake Norman?

Yes, you do. If you are over the age of 16 or older, you need to have a license to fish in North Carolina. The price of a North Carolina fishing license is here, and you can purchase licenses that are valid for ten days, a year, or one that is good for life.

Can you eat the fish in Lake Norman?

Most people can. However, children and women of childbearing age should avoid eating largemouth bass and catfish from Lake Norman. There have been traces of mercury found in fish from this lake, and anglers need to use caution when eating these fish.

Lake Norman is an excellent destination for bass fishing.

If your prey is the Largemouth Bass or the ever-elusive Striper, a trip to Lake Norman will give you the hunting grounds you need to find them. Lake Norman State Park is open year-round and offers lodging and lake access because fishing always has seasons. So, even though the Bluegill goes deep and hibernates in the winter, you still might find bass on a warm winter day. Whether you come for the fish or see the sights, a boat rental with Boatsetter will get you out on the water for an amazing day.