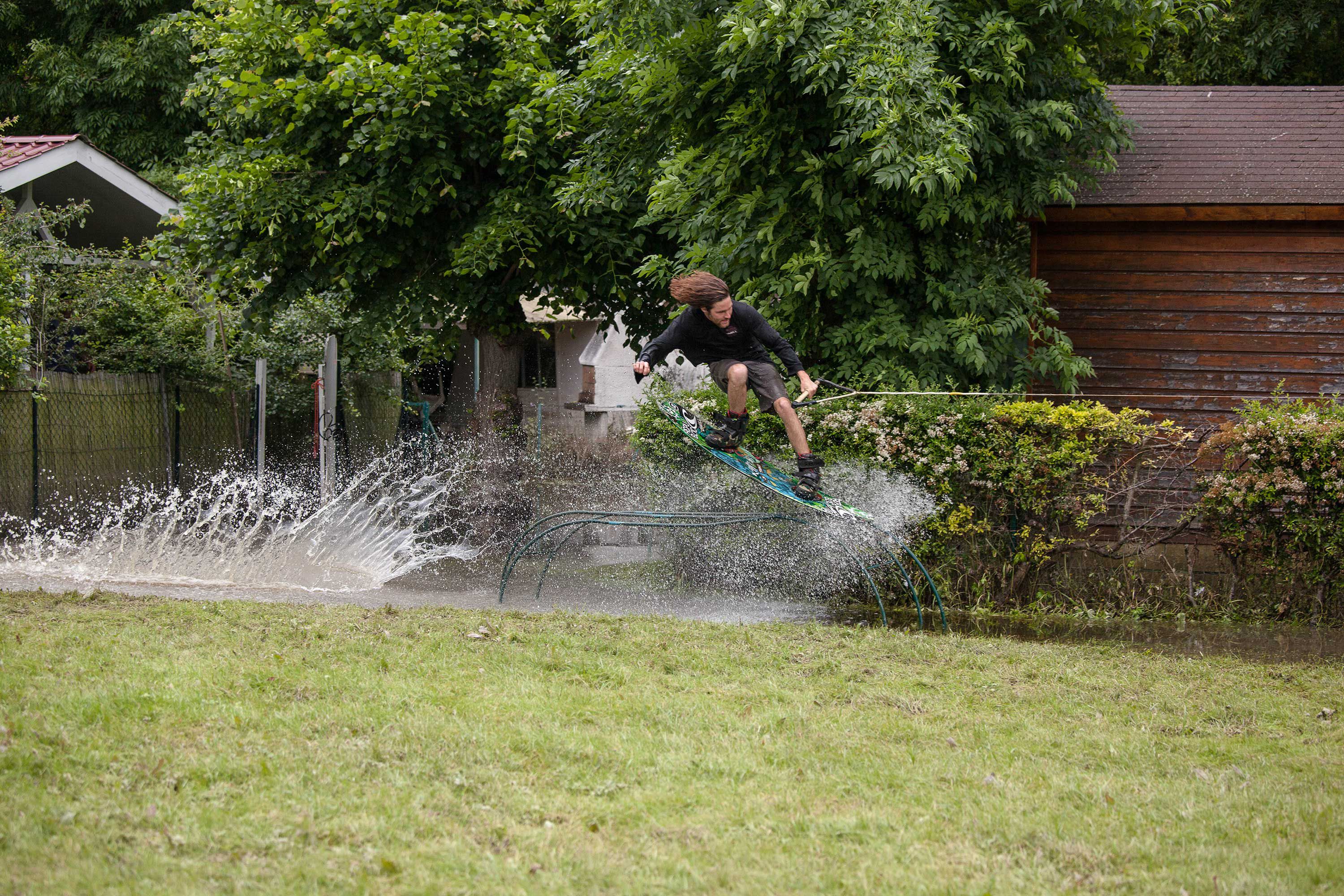 A lot has changed since we checked in with Canada’s Ben Le Claire. The last time was in the summer of 2016, right as he’d wrapped up filming and winching through the Paris floods.

The video became an instant hit, and later an award-winning piece that aired in film festivals and brought wakeboarding into neighborhoods and through backyards, launching Le Claire to legendary status. Then he suffered a life-changing injury, but still remains heavily involved in promoting wakeboarding. Here’s the latest check-in with the 27-year-old native from Valleyfield, Quebec.

When did you start winching?

The first time I ever rode a winch was in a wakeboard contest back in 2009. I remember being quite intimidated by the super-fast start launching you directly toward the rails, having barely a second to adjust. It wasn’t easy to ride, but it was very challenging, and it gave us the opportunity to ride really unique obstacles. The level of rail riding was very high, and it really pushed me to become a more complete rider.

In the winter, we get a lot of snow over here, and it all gets pushed in big piles to clear the parking lots, which creates decent pools when they melt at the end of the season. Those pools are only there for a short period of time, but Yann Roy would always set up rails in there to winch and get cool photos under the parking-lot lights.

Did you ever get in trouble for shooting on the streets?

I was very lucky to talk my way out of a couple of tickets for winching, but I’ve definitely had some strange encounters. Cops on bikes, motorcycles, and even on personal watercraft in Sweden once. 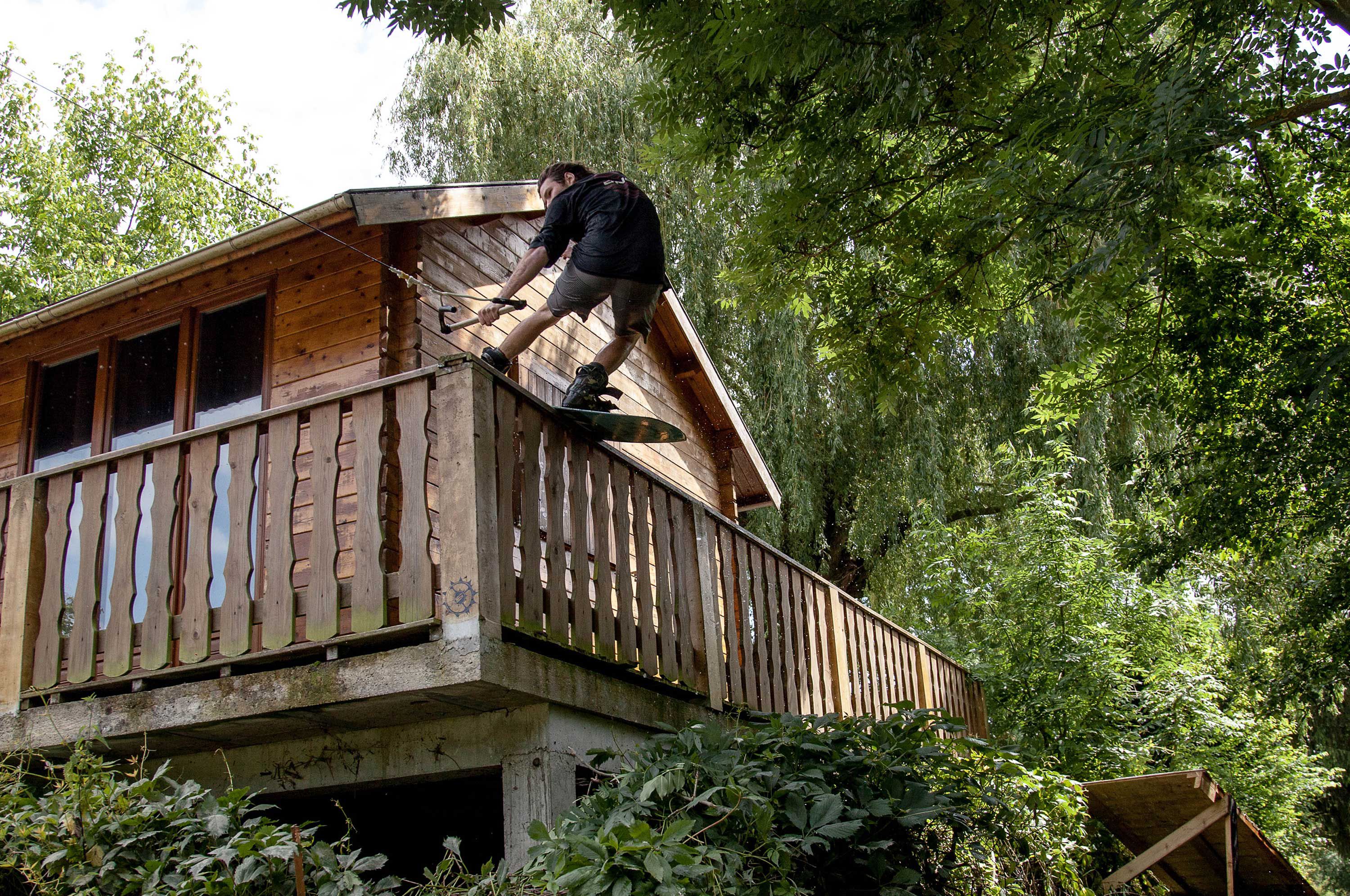 A portable winch can bring wakeboarding and wake skating into places where boats just can’t go, opening up a whole new world of possibility. (Oly Care/)

About the Paris floods video: What awards did it win? Did you ride, film and edit? Did you film with drones? How long did it take to shoot?

The Paris floods “Natural Playground” video was one of my greatest accomplishments in wakeboarding. I was in Denmark when I heard about that flood, and I knew it was an opportunity to ride crazy spots, so we drove straight down to Paris with Ian Curry to Kevin Calvez’s house.

We filmed for 10 days and had to adjust very quickly because it was drying up fast. Every morning I would go around and walk in the water, searching for something to ride with enough water.

My original idea was to film a bunch of winch spots in Europe and edit it, making it flow like a single line. That’s why some of those clips were filmed in other countries in Europe.

You had a horrible accident that year. How did that occur?

I had a wakeboard crash riding in a private wake park in Florida called Area 52. I was rushed to the hospital with a double fracture in my neck and was paralyzed from the chest down.

How do you deal with the obstacles you face?

One day at a time.

What filming and editing projects are you working on now?

I’ve been working full-time for two years producing videos for a wheelchair company called Amylior, but at the moment I’m working on my biggest project since my injury, producing a short documentary-style type of video showcasing rehabilitation programs for a governmental organization.

To finish this off, I’d like to tell everyone to live in the moment. Focus on the simple things, and smile even when the times are hard because there are always good times ahead. Life can flip in an instant, so take the time to enjoy every second of it.

Thanks to everyone surrounding me from near and far and supporting me in this journey. —As told to Andrea Gaytan by Ben Le Claire