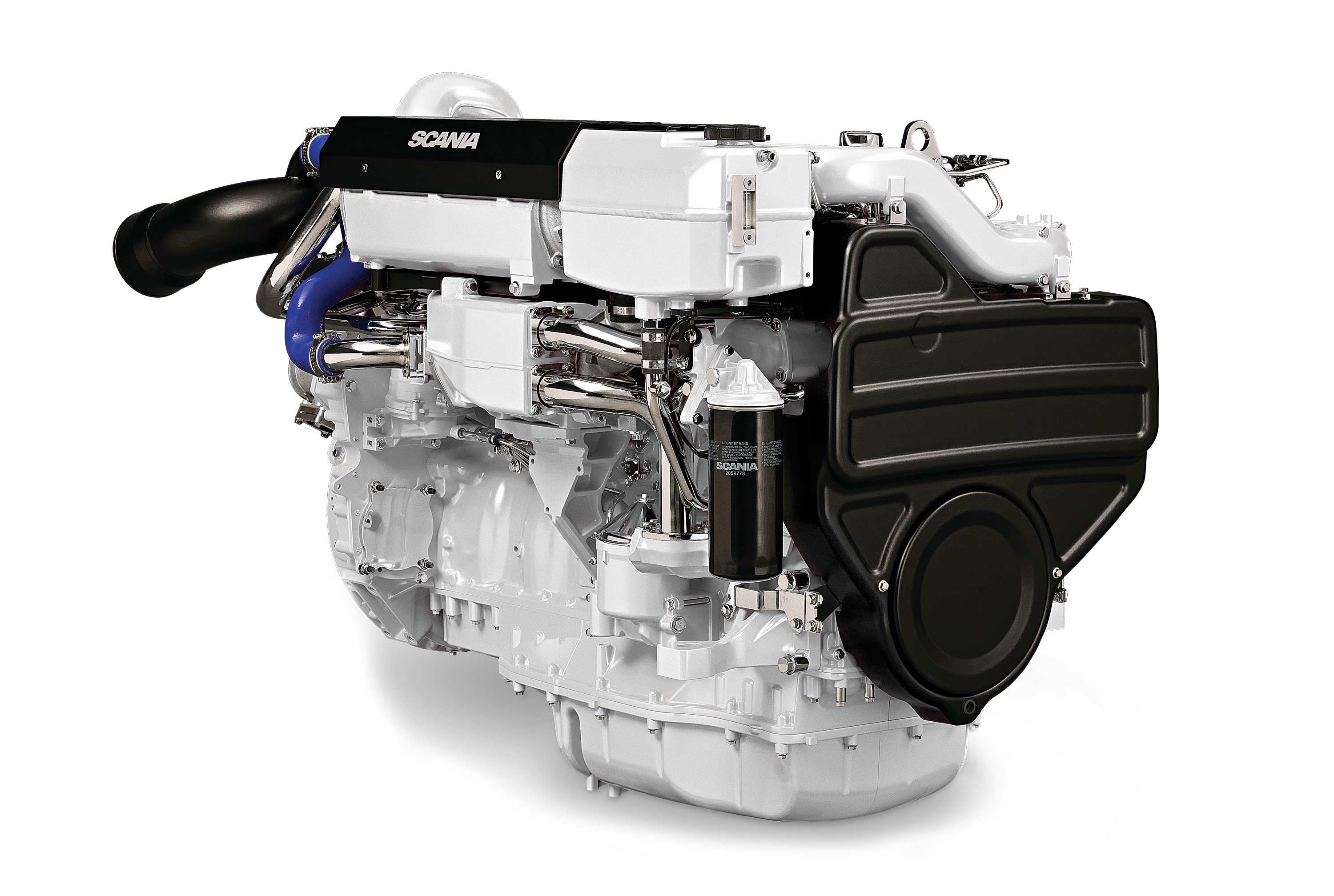 Scania might not be the first name that comes to mind when you think of marine diesels. But that could well change thanks to a powerful, lightweight and efficient new model showcased in a twin-inboard installation powering the new 46-foot Billfish from Viking Yacht Company.

Swedish-based Scania—one of the world’s leading manufacturers of engines for trucks, buses, industrial applications and boats—introduced the DI13 marine diesel to North America earlier this year. That prompted one of the United States distributors for Scania North America, Mack Boring & Parts Co., to put a pair of the 900 hp versions of the DI13 in its new Viking 46BF company boat. Mack Boring christened it Mack 900.

After testing, Viking seems delighted with the Swedish diesels. “We’re very impressed with the performance of the Scania engines during our sea trials,” says Anthony Scola, international sales manager for Viking Yacht Company. “Their light weight, power and fuel efficiency are immediately apparent.”

Meeting the Environmental Protection Agency’s Tier 3 emissions regulations for diesel engines, the DI13 is built on a compacted graphite iron block for strength and weight reduction. It employs a simple wastegate turbocharger. This generates exceptional performance without the need for additional turbos or superchargers that add weight. 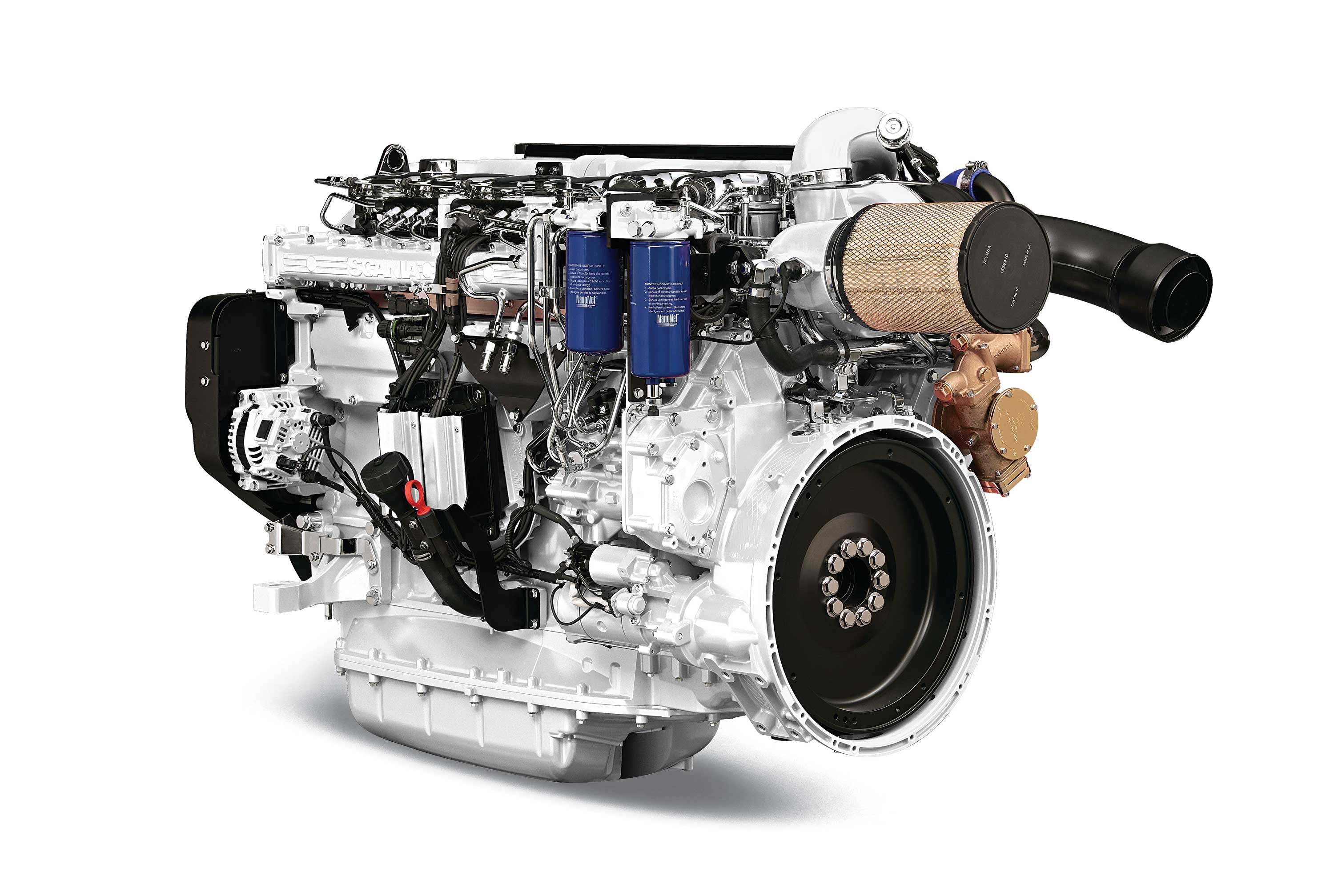 The Scania DI13 inline-six is lighter than many comparable diesel inboards. (Courtesy Scania/)

“Everyone who has run the boat has commented on its acceleration, speed, responsiveness and quietness,” says Patrick McGovern, president of Mack Boring & Parts Co.

You can’t really commit to a marine engine purchase without seriously considering the service aspect. This engine brand answers that with its Smart Support by Scania, which the company describes as “an intelligent, intuitive and predictive system designed to provide superior support and service for every Scania customer in North America.”

Scania has technical support located across the country for maximum coverage and fast response. There is also Scania Assistance available 24/7, allowing customers to locate the closest technical assistance with one call. Assistance is available through the entire repair cycle, with a Scania representative monitoring all aspects of locating parts, expediting repairs and minimizing downtime. There’s also a Scania USA dealer locator app for smart devices.