Key West has many snorkeling spots, and the turquoise blue waters and warm breezes beckon people worldwide. Whatever water activity you desire is available in the Keys. So whether your interest is snorkeling, diving, swimming, or sunbathing, the beaches and waters of Key West await you.

Why are there no beaches in Key West?

There are. However, they are not what one thinks of when thinking of Florida beaches, like those in Sarasota, Siesta Key, and Saint Petersburg, which are miles of sugar sand. Instead, the beaches of Key West are narrow strips of sand or crushed coral, washed by the tides.

Beaches don’t develop here as they do in other areas of Florida due to the reefs. Instead, what has been developed in Key West is land. Most of the Key’s perimeter is lined with private residences and businesses, some of which have private beaches.

There are several public beaches on Key West, and a couple of them are sandy. However, other beaches are shell-based or ground coral, where crabs scuttle for their meals. The property without beaches has seawalls and rickrack berms around the precious waterfront land to hold the water at bay and prevent erosion.

These structures also interfere with the development of long, beautiful beaches. However, there are a few public beaches on Key West, where the waters are shallow. They are great places for beginning or advanced snorkelers.

Snorkeling from the beaches of Key West

You can snorkel from any of Key West’s public beaches. In addition, you may stay at a hotel with a passageway to the water via a private beach or take out a boat rental in the area.

A boat will take you to all the beaches of Key West and on to the other incredible snorkeling sights of the Florida Keys. The following list is of Key West public beaches where you can snorkel in calm waters with mild currents. 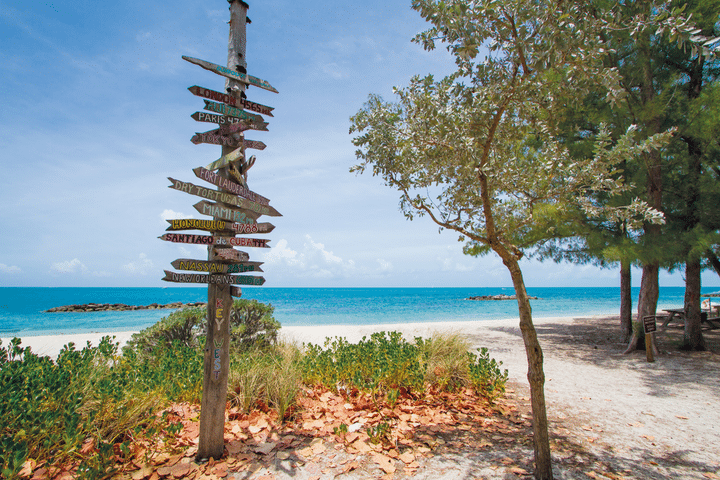 One of Key West’s only natural beaches, Fort Zachary Taylor Beach, is mostly ground coral, not sand. However, it repeatedly draws snorkelers from all over who return year after year.

Higgs Beach is a quarter of a mile of white sand and is open to the public and smaller than other beaches listed. This small beach has something others don’t; free parking. That’s a big deal, and so is the fact that there is a dog park adjacent to the beach for use by your furry friends. The shoreline here is palm-fringed, and the beach is as idyllic as any in Key West, even though it’s small.

Like Higgs Beach, Rest Beach is small too; however, it offers a view toward the Atlantic that gives sun-worshippers one of the best views of a sunset, anywhere. At a short 300 yards long, the beach here is wide and sandy, with rows of palms leaning into the breeze. Rest Beach is also known as C.B. Harvey’s by the locals, but it is a quaint stretch of Key West beach, by any name. 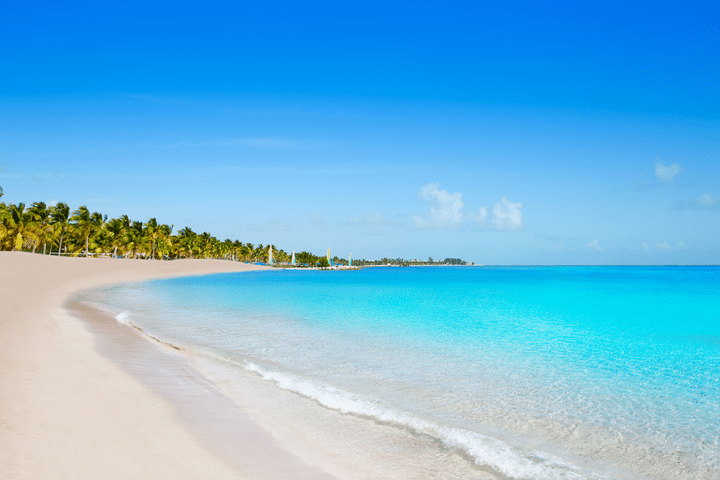 Another of Key West’s public beaches, Smathers Beach, is two miles of white sand on the south-central coast of the Key. There is no fee to visit Smathers Beach; however, you may have to pay to park. Visitors here enjoy parasailing, swimming, kayaking, parasailing, volleyball, and sun-worshipping. Families find this beach suitable for kids because the shallows go out far from shore, and the currents are light.

A small public beach at the end of Duval Street, South Beach is near the heartbeat of Key West and its amenities. Located at the most southernmost point in the United States, South Beach, Key West is a must-visit location. Whether you are taking a swim, snorkeling, or sunning, you will want to add this location to your list of places you have been. 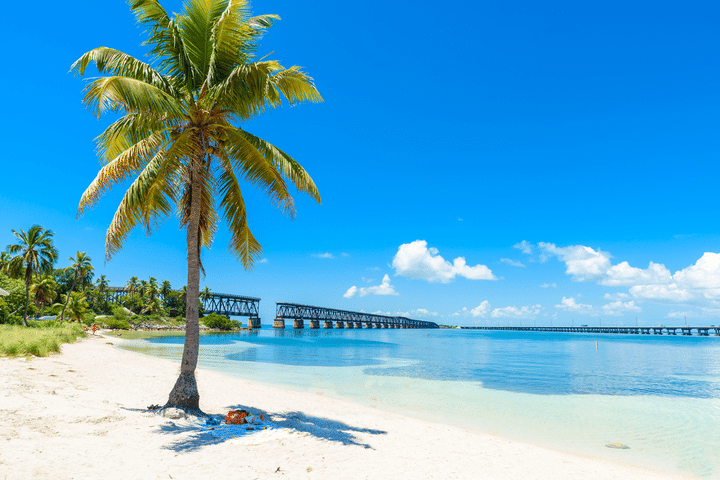 Up the Keys and north of Big Pine Key, Bahia Honda State Park has two miles of beach and snorkeling and diving areas. The beaches here are world-class and compared to those anywhere in the world. In addition, there is camping, hiking trails, fishing, cycling, and, of course, sunbathing available at Bahia Honda State Park.

Which Florida Key has the best snorkeling?

The middle keys in the Islamorada, Big Pine Key, and John Penne Kamp Coral Reef State Park area are some of the best waters for snorkeling and diving in the Florida Keys. The Cheeca Rocks and Hen & Chicks are patch reefs. The underwater sea life here makes them destinations for snorkelers and divers alike.

The Hen and Chicks and Cheeca Rocks are preservation areas, as is John Penne Kamp State Park. The Hen and chicks is a large cluster of coral that resembles a mother hen, followed by her chicks. Cheeca Rocks is a tiny .05 square nautical mile and is the only preserve that protects inshore patch reefs.

Filled with living mangrove swamps, coral formations, and colorful tropical fish, it is the only park of its kind in the world. While the park is accessible by land, the best way to appreciate its beauty is by boat, and without one, the trip to the Hen and Chicks, and Checca Rocks, would be a long one. However, a boat will give you access to the Hen and Chicks, Checca Rocks, and other areas of interest in the waters of the Florida Keys.

Is it safe to snorkel in Key West?

Being around the water has its dangers, and snorkeling can be risky unless you know a bit about what you are doing. The first rule of thumb is never to go snorkeling when the waves or wind is up. It is hard enough to keep the water from a snorkel cleared in a flat calm.

Beware the undertow, prepare before you go snorkeling, and make yourself aware of the water conditions and weather. If you are snorkeling from shore or a boat, use a divers-down flag so that boaters know where you are.

Would you please not touch the coral because even the lightest of touches can damage it. And, who knows, a moray eel or octopus may take exception to your messing about and attack. You are in their home, after all, so tread lightly.

Take a friend when snorkeling, which is the first rule of scuba diving, and snorkeling can be just as dangerous. However, having a friend along ensures that you have help if you need it, and so do they.

If you have a boat, anywhere in Key West is a snorkeling spot.

Snorkeling from the beach is OK if you are learning. However, it gets boring quickly, and the way to see the natural wonders of the Florida Keys is by water. With a boat rental from Boatsetter, you can use a boat for a few hours or all day if you wish.

From Boatsetter, you can rent a bareboat or one with a captain, which gives you further options when planning a visit to Key West snorkeling spots. The weather in Florida is excellent year-round, but the winter months in the Keys are marvelous. So grab a boat and join us because the water’s fine in the Florida Keys!