From canoes to the Maltese Falcon and beyond, private boats range from eight feet to megayachts, hundreds of feet in length. Used for fishing, cruising, living aboard, and as a means to get away from the beaten path, boats have been a part of the lives of humans since one decided a ride down the river on a log was pretty cool.

Boat designs have come a long way since the advent of the first dugout, but one thing remains the same. People like boats and have all manner of uses for them.

Rowboats to expedition yachts offer their owners the same thing: a day on the water pursuing a dream. Whether that dream is hooking a catfish at your local lake or chasing gamefish across the globe, people will find a way to get on the water.

How many different kinds of boats are there?

There are many types of boats, and their hull types include single and multihull, power, and sailboats.

Types of boats include:

Boats range in size from as few as seven feet up to hundreds of feet in length and have classes that fit within their types. This information can help you understand how you can use a particular kind of boat.

What are the four classes of boats?

Separating boats into classes helps Federal and State authorities make it easy to determine how a particular boat is to be used. For example, a boat’s class determines the number of passengers it can carry. Thus, it also determines the number of flotation devices onboard for each occupant and other safety equipment necessary. These determinations are based on the class of boat, which puts your craft into a size range.

What are the Categories of Boats

The European Union enacted the Recreational Craft Directive in 1998. It affected the designation of boat categories for boats built and sold there.

These design standards are for most boats that range in length from 8 to 79 feet, measure the seaworthiness of a vessel, and indicate a boat’s ability to manage certain wave heights and wind conditions.

A boat’s ability to range afar or stay near shore is determined by its hull strength, freeboard, stability, deck drainage, and reserve buoyancy. Any other criteria that might affect their seaworthiness are also noted when categorizing boats.

Boats in this class are generally self-sufficient and designed for extended cruising into winds over Force 8, on the Beaufort scale (+ 40 Knots). They are built to take wave heights over 13 feet and are conditions that are not from a hurricane or typhoon.

This class includes boats that operate offshore in Force 8 with winds up to 40 knots and seas up to 13 feet in height.

This class encompasses boats that operate on lakes, rivers, coastlines, and large bays and includes boats that can stand up to Force six winds, 27 knots, and seas up to seven feet in height.

Boats in this class include those built for rivers and small lakes and are designed to stand up to Force 4 winds (11 – 16 knots) and wave heights of a foot and a half (18 inches).

Boat classification can affect boat types, and knowing the capability of a boat based on its classification gives boat owners a better idea of the level of seaworthiness before setting off for the Caribbean.

What’s the difference between a ship and a boat?

An adage claims a ship can carry a boat, but a boat cannot take a ship. However, it is not quite that simple.

Many of today’s boats carry another boat. You can often see less than thirty-foot boats carrying kayak, or dinghy boats. Taking a small boat on your larger boat can help you get ashore in areas without dockage. However, does it make your thirty-footer a ship? No, it probably doesn’t; however, it expands its usability. 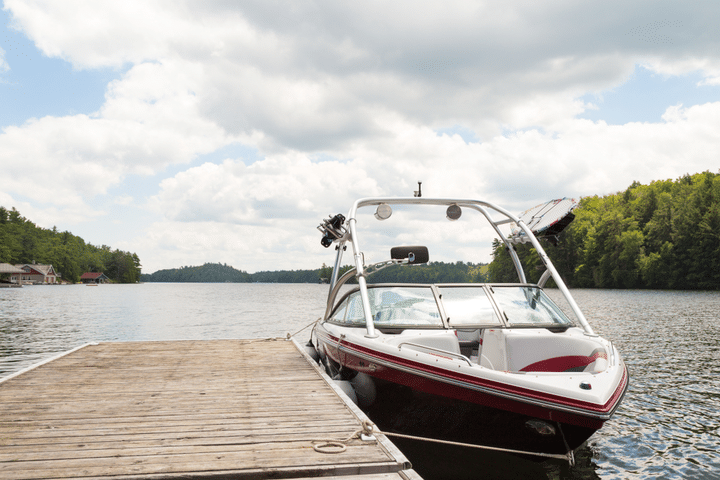 Lakes come in all sizes, as do the boats one needs to ply their waters. For example, suppose you are a boater whose playground is Lake Michigan. In that case, you will need a different boat than a boater who fishes Lake Okeechobee.

Small and shallow lakes don’t require big boats for your fishing and boating adventures. Bass boats, pontoon boats, outboard skiffs, and even rowboats are suitable for your needs.

However, if you are on a big, deep-water lake, your boat needs may be more similar to boats that spend time on the ocean. The deeper water of lakes allows for bigger waves and the need for bigger boats.

If you are a fair-weather boater, any small boat will do on the big lakes and the small. However, if you are a boater who wants to go fast, even if there’s a gale blowing, you will need more than a 25-foot powerboat, no matter how many outboards you strap to its transom. 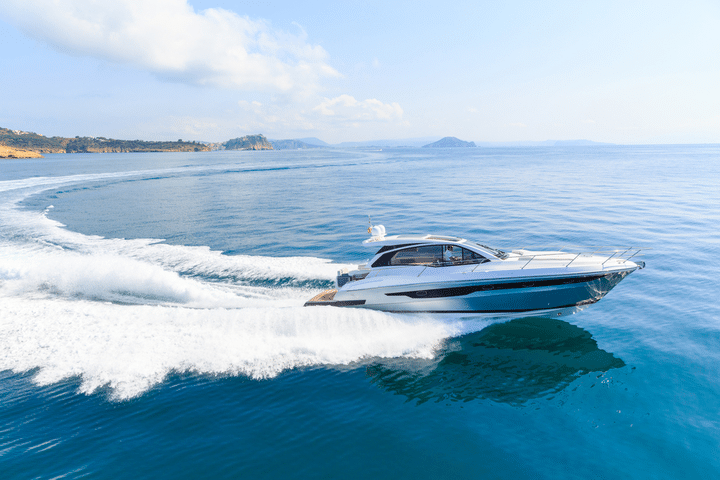 A boat of fewer than 12 feet crossed the Atlantic in 1987, and its captain lived to tell about it. However, adventures such as that are

outside the desire of most boaters.

Power and sailboats are built for ocean-going, and most are over 30 feet in length. These ocean-going vessels include trawlers, sailboats, motorsailers, catamarans, game fisher boats, expedition yachts, and mega yachts.

Ocean-going boats usually have high sides and bows, deep V, or displacement hulls. Gas or diesel engines or sails can power them.

However, many offshore fishing boats are open center-console boats with multiple high-powered outboard or inboard engines. This abundance of power, usually on boats over 30 feet in length, can get them quickly to their fishing grounds. It also gives them the speed to outrun approaching storms if they need to make a run for home. 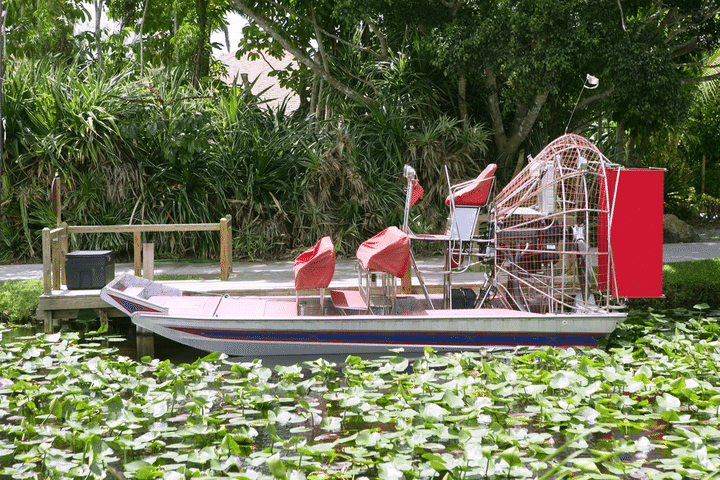 There is a particular class of boats designed for the shallows of lakes, rivers, and marshlands built to get into water that isn’t much more than ankle-deep. These vessels include airboats, flat boats, and johnboats with Gatortail mud motors.

They enable their owners to ease into backwaters where others can’t go in search of a prize catch. As a result, they are perfect boats for boaters who live near marshlands, swamps, rivers, and lakes.

Wake boats are designed to bog down and throw up a wake big enough to surf upon. They manage this feat by filling their hulls with water, making them very heavy, then plowing all that weight through the water with a powerful engine. The result is surf on demand.

What type of boat is best for you?

Only you know what you want and what you would like to do while on the water. Or, you may have an interest in boating and would like to explore its every facet. At Boatsetter, we give you access to one of the largest private fleets of boats, yachts, and small ships available in the world.

From jet skis to megayachts, the Boatsetter fleet delivers. Boat owners who live near you or in locations you would like to visit have their boats ready and awaiting your arrival. All you need to do is find the boat you want to rent, where you want to rent it, and set a date. So, whether you opt for a bareboat adventure or the luxury of a captain on your cruise, a Boatsetter rental can open your horizons to every type of vessel boating has to offer.

The post Types of Boats: A Complete Guide appeared first on Boatsetter.