Just as the marine electronics and lights on a boat help you communicate with your fellow cruisers, nautical flags and sailing flags are a language of sorts, too. They help alert others to maneuvers you’re making, for example, or an emergency. In certain combinations, they warn of bad weather. It all depends upon which flag—or flags—you see.

Here’s how to make sense of the nautical flag alphabet. This way, you understand the situation at hand when you’re next out on the water.

Explore Powerboat & Sailboat Rentals Near You

1. Pay attention to the flag’s shape.

Most nautical flags are squares. Additionally, you’ll find some resembling triangles but with flat tips—a.k.a. pendants. These two shapes are the most common. 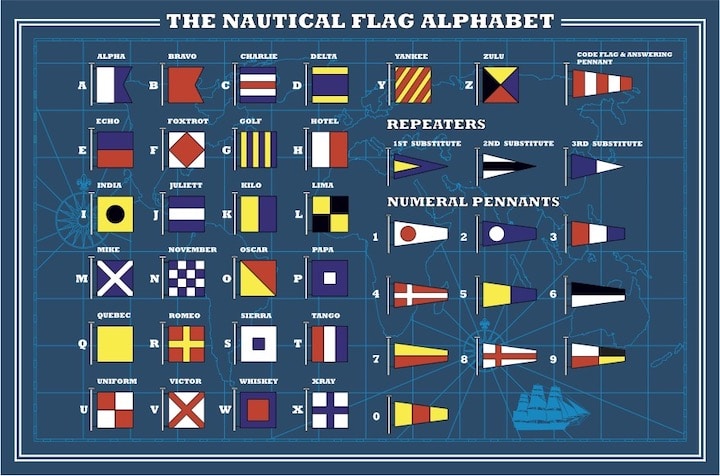 Conveniently, for every letter of the alphabet, there’s an equivalent square nautical flag. Well, more accurately, each flag represents international code words like Alpha, Bravo, Charlie, etc., which correspond to alphabetical letters. The full list and their meanings:

3. Remember that the numbers on nautical flags have meanings, too.

When it comes to numbers, boaters use pendants. Ten different pendants represent the numbers zero through nine. A combination of flags denotes the numbers 10 and up.

4. Consider the color of the flag.

Nautical flags only use five colors:

Not coincidentally, each of these stands out against the sky, easily seen through binoculars or with the naked eye. You might see a solid-color flag or one with a combination of colors. For example, two red pendants means there’s a small-craft advisory. 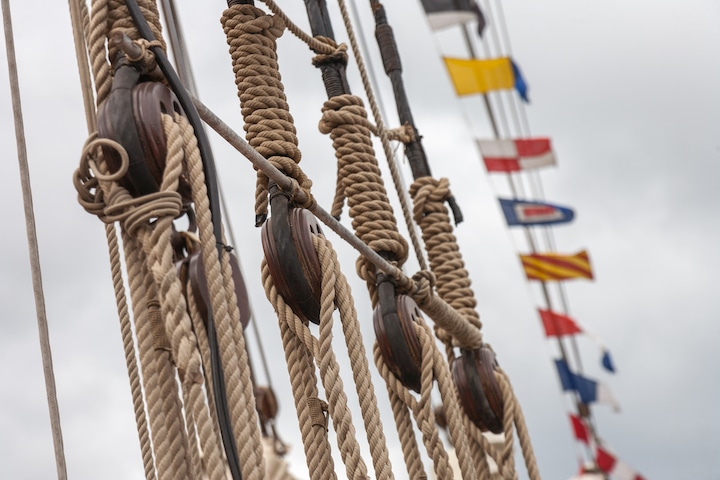 Boats can fly up to seven flags in a row to convey certain messages.

Sometimes, the nautical flag alphabet is unique to certain situations. Regattas assign different meanings to a few flags, so that racers understand what’s happening. NATO and even the U.S. Navy do, too, with only their personnel knowing the meanings.

Ready to hit the water? Browse local boat rentals near you.