Almost every beach on Sanibel Island is reachable by land. However, to get the flavor of the island, visiting its beaches by boat will add to the experience.

Sanibel Island is graced with miles of beachline, kissed by the waves of the Gulf of Mexico. Unfortunately, not every beach on its shores is open to visitors. However, you can reach the public beaches of Sanibel Island by boat, as well as by land.

Even though Sanibel Island is inhabited by locals and visitors alike, much of it is barren. The island’s northern section comprises the J.N. “Ding” Darling National Wildlife Refuge, Buck Creek Preserve, and Pine Island Refuge.

The entirety of Sanibel Island is a wildlife refuge, and many sections of its Gulf-facing beachfront are sea turtle birthing sites. Whether swimming, snorkeling, shelling, fishing, cycling, or hiking the trails, nature is present everywhere on Sanibel Island, Florida.

There are many beaches on Sanibel Island. Some are very private, while others are gathering spots for boaters. Listed below are the elements of a few of the beaches of Sanibel Island that you can explore by boat. 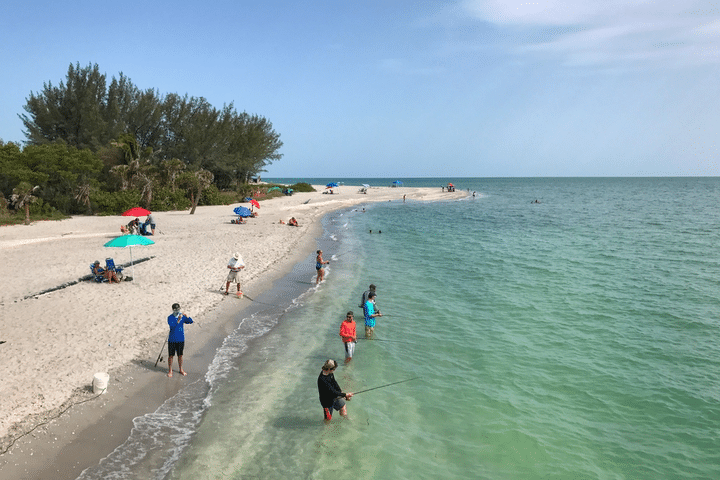 Located on the north end of Sanibel Island, Blind Pass Beach is adjacent to Turner Beach on the south shore of Captiva Island. Bracketing Blind pass aka Redfish pass these two barrier island beaches are accessible by land or sea. They are popular with locals and visitors alike.

You can approach Blind Pass and Turner beaches from the Pine Island side of the island or the Gulf of Mexico. Although the water in the pass is deep, the approaches to these two beaches are relatively shallow. Therefore, if you have a deep draft boat, you will need to anchor well offshore.

However, those with shallow water-friendly boats can anchor close and wade to the beach. Or, you can pull up on the sandbar at Turner Beach, step ashore and spend a few hours soaking up the sun. For now, the Turner beach sandbar is one of the few places on Sanibel where beaching our boat is allowed. 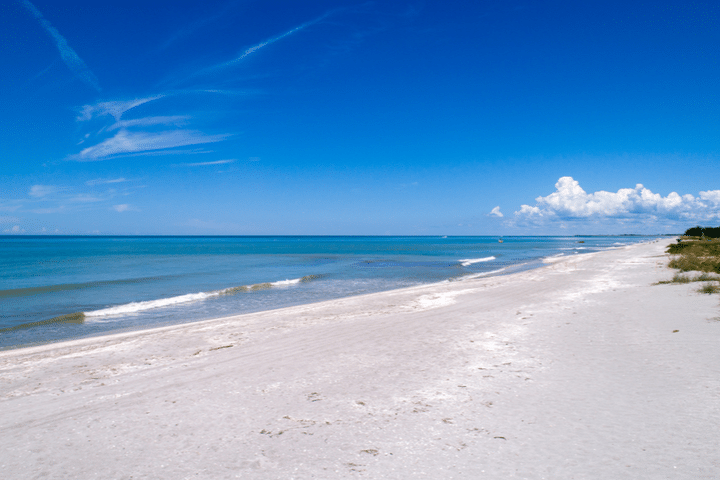 Silver Key is a 64-acre preserve on the Gulf side of northern Captiva Island. Pristine and private, it is the perfect place to spend a few hours.

However, since it is hard to access, this is one of the most secluded beaches on Sanibel Island. Although Silver Key Beach is accessible from land, you must come on foot, and the trek from Bowman beach is about a mile and a half, and the parking fee is five dollars an hour. Or, you can come by boat, anchor offshore, wade in, and make yourself at home for a bit.

There are no amenities at Silver Key Beach, and the closest is at Bowman beach. Silver Key Beach is the Captiva Island beach that is easier to visit from the water than from land. 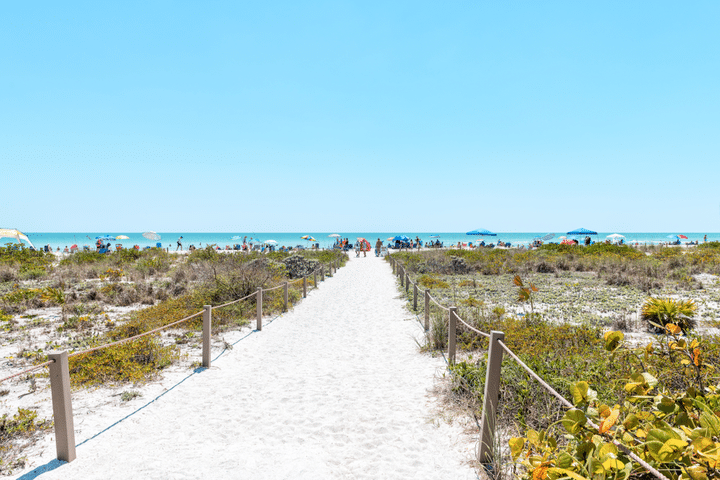 A visit to Bowman’s beach gives you access to miles of white beach, world-class fishing, and access to Bowman’s Beach Park, which provides you with access to restrooms and outdoor showers. There are also picnic tables and BBQ grills.

Whether you come by boat or land, this stretch of beach runs unimpeded for two miles and ends at Silver Key Beach, to the north. Trekking south, the following public beach on Sanibel is Tarpon Bay Beach.

A public beach with no amenities, Tarpon Bay Beach does have parking, but you’ll need to make a trek of about three-tenths of a mile to get to the beach. If you come by boat, your only worry is finding a quiet piece of beach and a place to anchor.

The water of the shores of Tarpon Bay Beach ranges from a shallow foot of water but gets deep quickly. However, some spots are shallow enough to wade to shore from your anchored boat.

A bit further south down Sanibel Island is Gulf Side City Park. There are public restrooms, outdoor showers, picnic tables, BBQ grills, and parking at this location. Closer to the island’s entrance than other beaches on Sanibel, this is a 24-hour location, with a vast expanse of beaches.

The water is only four to five feet deep close to shore and falls off to about 11 feet rather quickly, not far from shore. However, anchoring here and wading in will give you access to the amenities and access to a piece of beach for basking in the sun. 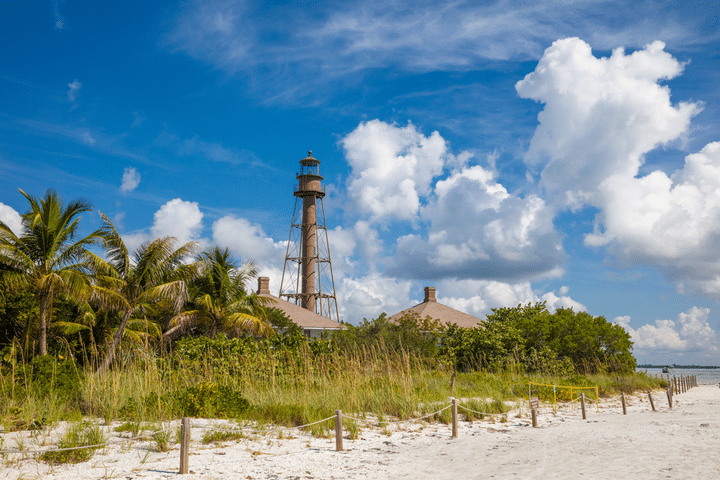 The most popular beach on Sanibel Island, Lighthouse beach, is home to the Sanibel Lighthouse. Unfortunately, one of Florida’s 30 lighthouses was one of the most difficult to get built on Florida’s coast. Standing 98 feet above the southern tip of Sanibel Island since 1883, it took many years of petitioning before the government let go of funds to build this much-needed point of light.

The park and beach encircling the lighthouse are visited by thousands of locals and tourists every year. Lighthouse Beach is one of the most easily accessible beaches on Sanibel Island, by land or water.

Does Sanibel Island have white sand?

The beaches of Sanibel Island are white with shades of tan. This is because they and the beaches of Captiva island are crushed shell and sand, which gives the sand striated colors and different textures.

The shells here are some of the best in Florida because there are over 250 types of shells on the beaches. In addition, beaches here don’t have a north-south orientation like the other barrier islands along the Gulf coast.

Sanibel Island’s east to west positioning allows the beaches to ensnare the shells that wash up on its shores. With a boat rental, you can visit every beach on this list and find every species of shell on Sanibel.

What is the best time of year to visit Sanibel Island?

A note about anchoring and fishing at Sanibel Island

The only prohibiting factor about how close you anchor to Sanibel Island depends on whether or not you are fishing. If you are fishing from a boat, you must stay 200 feet away from any active beach area and 500 feet from beaches posted for ‘swimming only.’

Also, if you are fishing, you will need to purchase a saltwater fishing license, whether you are a local or visiting from another state or country.

They can be from October to April, especially during the winter tourist season. However, with a boat, you can circumvent the landside crowds and find a stretch of beach where the crowds are a little less busy.

The post Best Beaches on Sanibel Island to Explore by Boat appeared first on Boatsetter.