There’s a very simple explanation for why there are so many fishing charters in San Diego, California: the bite here is often as good as just about anywhere on the face of the planet. In fact, when the season is right you’ll encounter albacore tuna, bluefin tuna, yellowfin tuna, mahi-mahi, marlin, mako shark, yellowtail, and more.

While it’s true that much of the best fishing is often far from shore, some of these species move in close to land at times and can be targeted by just about any angler who owns or decides to rent a boat in San Diego.

While deep sea fishing from San Diego can include going after schooling fish like barracuda or bottom fish like calico bass or halibut, it’s the pelagic species that many anglers dream about targeting.

The list of possibilities includes albacore, bluefin, yellowfin, and occasionally bigeye as well.

Also called dorado or “dodos,” these colorful speedsters are commonly found around floating kelp paddies and other flotsam.

Billfish are a prized species for any deep sea angler, and while they aren’t as common as these other offshore species, fighting one is considered by many to be the ultimate sport fishing experience. 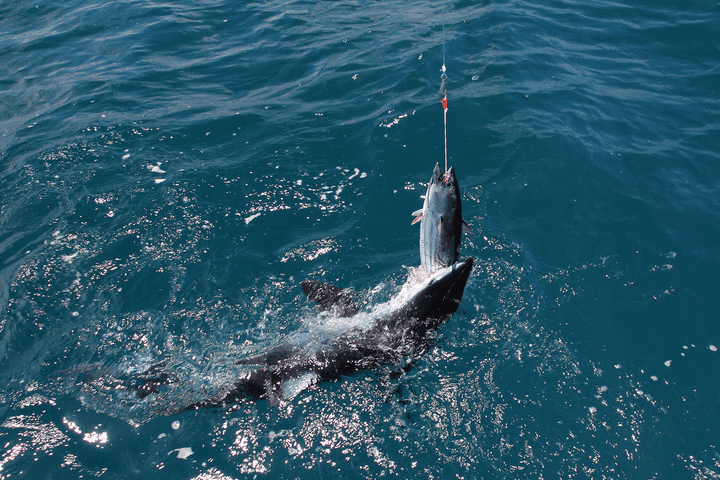 There’s no apex predator more fearsome than the mako shark, and San Diego is one of the best ports around to target them from.

Although yellowtail are most prominent from late spring through fall, enough usually remain in these waters to catch them year-round.

Ready to target one of these pelagic species? Book a fishing charter with a guide.

5 Tips for Success When Deep Sea Fishing in San Diego 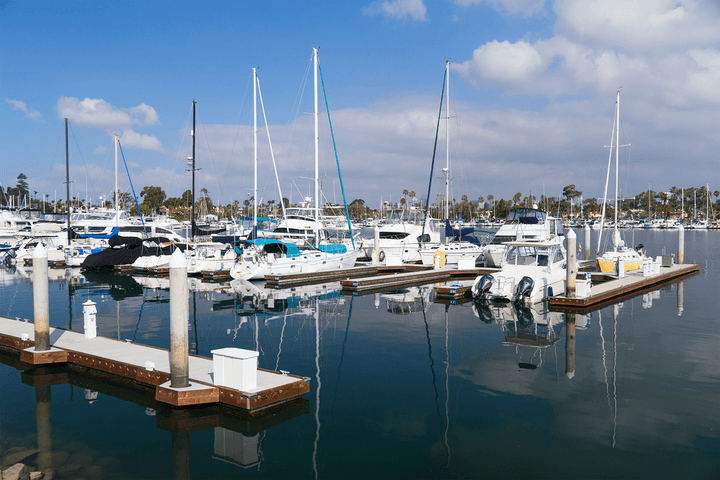 If an angler wants to go deep sea fishing but doesn’t have their own boat, they can opt to charter one or get a fishing boat rental. Since deep sea fishing requires a high level of skill and knowledge, plus very specialized gear, the average angler will cut their teeth by first fishing with a pro. Fortunately, there are plenty of fishing charters to choose from.

Of course, some anglers find the reward of catching fish with their own know-how greater than depending on a hired gun. If you want to call the shots yourself, boat rentals in San Diego may hold more interest to you, personally. Just remember that catching these denizens of the deep is no easy task, and it can take years of experience to master the techniques and tactics needed to be successful.

Whichever route you may choose, one thing is for sure: hook up with any of the pelagic beasts swimming off the coast of San Diego, and you’re in for a thrilling deep sea fishing adventure.