Anglers of all types flock to Florida for fishing adventure, and fishing in Fort Lauderdale is as much a way of life as it is an activity. It’s no wonder why Floridians living in Fort Lauderdale enjoy fishing so much—with the Atlantic at their doorstep and mile after mile of canals and bays weaving right through the city itself, the number of Fort Lauderdale fishing spots and the angling opportunities they provide are truly endless.

Out-of-towners and local anglers that don’t own a boat may need to rent a fishing boat to get in on the best action, and the fishing here is often so good that even without much experience success is likely in the cards. Of course, a little intel never hurts. So, we hope this beginner’s guide to fishing in Fort Lauderdale helps you fill you bring home a fresh fish dinner.

There are literally countless places to go fishing in Fort Lauderdale, but they all boil down to four main areas: 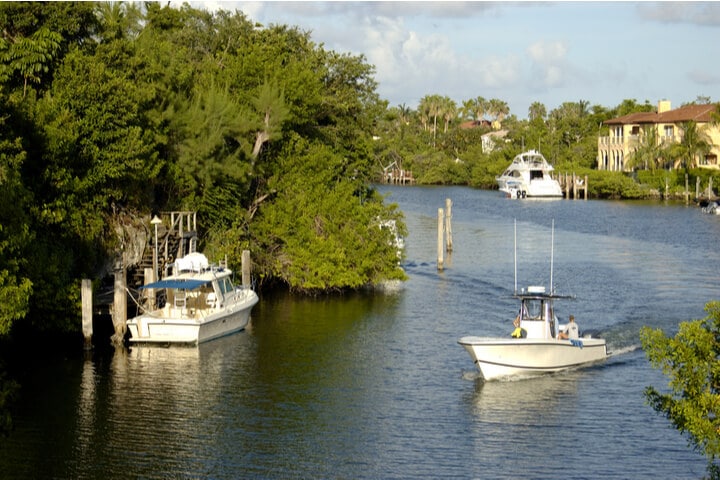 What to Fish for in Fort Lauderdale: Top Species List

When it comes to what to fish for in Fort Lauderdale, the options vary radically depending on which type of waterway you’re on. So, we’ll divvy up these lists by oceanic species, inshore saltwater options, and freshwater opportunities.

Saltwater species most commonly found in the inlet and/or canals include:

Freshwater species commonly targeted in the canals include:

One of the most interesting things about fishing in the canals of Fort Lauderdale is that in many areas the freshwater and saltwater species mix. It’s not unheard-of to catch a peacock bass on one cast, and a tarpon on the next.

When is the best time to go fishing in Fort Lauderdale?

What season should you go fishing in Fort Lauderdale? That’s an easy question to answer: whenever you can!

Fishing for saltwater species in the canals and near the bridges close to the inlet can be great at any time of year, but some of the species come and go with the seasons. Luckily, however, some species of snappers and many relatively small fish are present year-round.

Spring and fall are prime time for many of the bigger game species that migrate, like snook and tarpon. Regardless of the season since these fish are all accessible in protected waters, even novice anglers can rent a fishing boat in Fort Lauderdale and have an excellent chance at success.

The presence of different oceanic fish can vary even more depending on the season. Spring and fall see migrations of several species, while some others spend their winters in the warm Florida waters. Also remember that certain fish are regulated such that while you may be able to catch them, you can’t keep them during specific timeframes. Because understanding the peak timing and legalities can get very complex, most anglers who aren’t experienced fishing in the ocean opt to hire fishing charters at least several times before setting out on their own. Fortunately, these are plenty of Fort Lauderdale fishing guides so finding one to charter is easy. 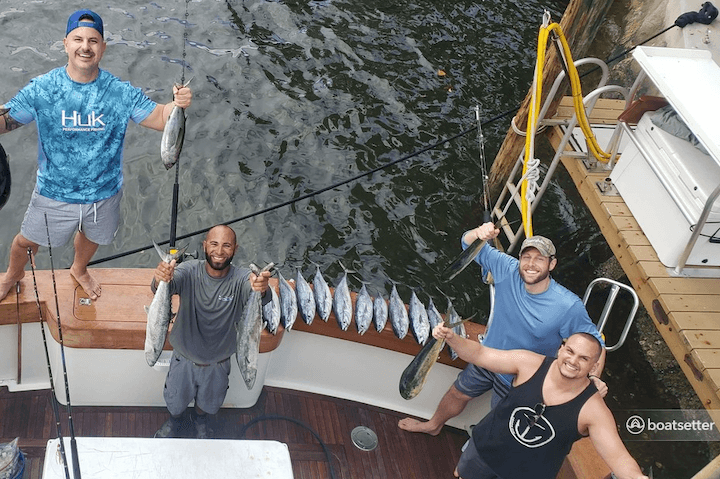 Ready to plan your next fishing trip to Fort Lauderdale?

There are many ways to fish in Fort Lauderdale:

The different tactics and techniques may prove effective for one species, but could be completely ineffective for another.

It can take years to learn the specifics of each individual fishery, so we can’t really boil down how to fish in Fort Lauderdale into a quick, easy-to-digest paragraph or two. We can, however, give you one word of advice: novice anglers are usually best served by fishing with bait, live whenever possible, as opposed to lures. Most lures require a lot of input from the angler to make them look alive and fool those fish. Live bait, on the other hand, does the job for you.

And remember, many people hire a guide in order to learn the basics firsthand. But whichever mode or method you might decide to try we know one other thing for sure: go fishing in Fort Lauderdale, and you’re in for a load of fun.