Just south of Orlando, Florida, you’ll find the largest subtropical wetland in all of not just the United States, but also North America. Among its fascinating facts, it’s home to the largest mangrove ecosystem in the Western Hemisphere. Additionally, it’s home to more than 2,000 species of plants and animals, and the only place in the world where alligators and crocodiles co-exist.

Unfortunately, dozens of those plants and animals are threatened or endangered. Manmade draining and dredging is destroying the wetland, too. That’s where The Everglades Foundation comes in.

What is The Everglade Foundation?

For 29 years, this non-profit has focused on restoring Florida’s famous Everglades. It does so through science first and foremost, the findings of which it shares with local, state, and federal legislators to make sound decisions. The Everglades Foundation also leverages advocacy and education to restore the wetlands.

Ultimately, the goal is for the Everglades to have copious fresh water for drinking, enjoying, remaining ecologically healthy, and growing economically for generations to come.

Where are the Everglades?

Many people mistakenly believe the Everglades sit within Everglades National Park. While some of it does, the wetlands actually begin in Shingle Creek near Kissimmee. 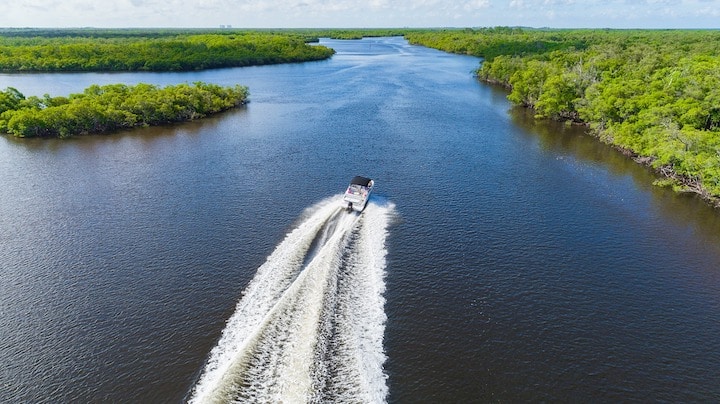 The Everglades Foundation, established in 1993 by two outdoors enthusiasts, is striving to restore that southerly water flow. Its particular focus on science has made it an authority among conservation and restoration supporters.

Did you know, for instance, that 9 million Floridians rely on the Everglades for drinking water? The foundation tracks this, plus how the Everglades aids flood control, prevents erosion, and more. Furthermore, its scientists say that restoration will help reestablish the Everglades’ natural carbon-sequestration abilities. This is a process in which carbon dioxide gets captured from the atmosphere and held, similar to how a sink holds water. The Everglades act as this natural sink, preventing the gas from causing the atmosphere to warm. Notably, The Everglades Foundation says that the communities around the Everglades and their economies are among the most vulnerable in America when it comes to climate change.

Education is another important cornerstone of the foundation, in more than one way.

Finally, the foundation is an active advocate among those influencing governmental decisions.

The Everglades Foundation got its start nearly 30 years ago, thanks to just two people. It’s proof that small acts and steps consistently add up to pay big dividends.

Read other stories within our #MindYourWake Series: