Lake Michigan is an attractive body of water to countless anglers, and it’s no wonder why: four different states border the lake, it has about 22,400 square miles of fishing territory, and with major metropolitan areas like Chicago and Milwaukee sitting on its shores, there’s excellent access to the water, including the availability of fishing boat rentals.

Oh, and by the way, those waters are chock-full of fish ranging from salmon to yellow perch.

Explore All Available Fishing Boats in Chicago and Lake Michigan 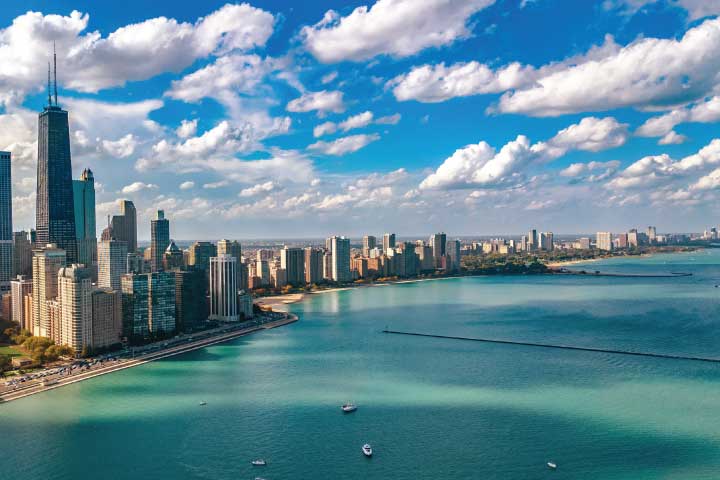 Lake Michigan is utterly massive, and each port of call will have its own nearby hotspots — it would be virtually impossible to cover them all. Plus, the lake is so large that anglers running out of a port like Traverse City will never overlap with those fishing in Chicago because these locations are well over 300 miles apart by water. So, how should an angler unfamiliar with the area he or she is heading figure out where to fish?

The best move is to talk with the folks at a local tackle shop. If you’re in Chicago, talk to people who have been on Chicago fishing charters or look up the local Chicago fishing report.

Even if you do your homework and gather some intel from the locals, remember that Lake Michigan is utterly massive and fishing here isn’t unlike fishing in the ocean. At times, it can seem like a vast desert with small oasis-like hotspots that all the fish flock to. That can make finding them very difficult, so many anglers choose to book Lake Michigan fishing charters as opposed to heading out on their own.

What to Fish for in Lake Michigan: Top Species List 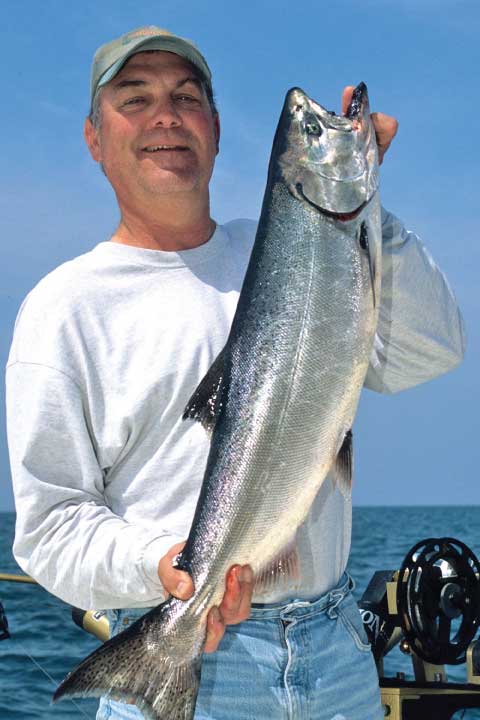 Most anglers heading out onto Lake Michigan will be targeting:

When is the best time to go fishing in Lake Michigan? 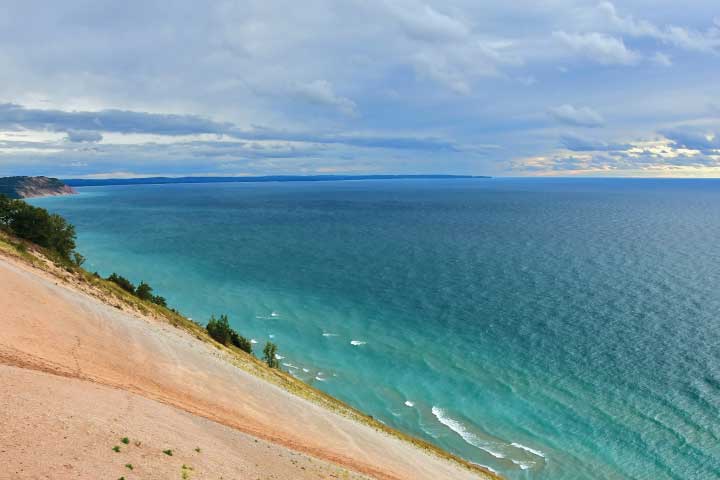 While it’s true that people fish here year-round, during portions of the season they do so by cutting holes through the ice. Yikes! The less dedicated among us will probably want to stick with late spring, summer, and early fall fishing.

In fact, each of these species, in each of these seasons, may be found in very different types of hotspots. When the fall hits, for example, most of the chinook salmon push into the river mouths to prepare for a fall spawning run. The steelhead follow close behind because they like to eat salmon eggs. So in September or October, in order to target the very same fish you may have caught while trolling in open water back in June, you’d want to try fishing inside the rivers.

It’s also important to remember that due to Lake Michigan’s sheer size, the hot bite can be completely different from one end of the lake to the other. Fall can bring a great walleye bite in one section of the lake while this species may rarely if ever be seen in different sections.

Ready to go fishing in Chicago and Lake Michigan?

The methods applied will vary by species, but most will boil down to trolling, casting, or jigging lures, and fishing with live bait.

Does it sound like we’re making a lot of generalizations, rather than being specific in all of the above? Probably so — and while we’d love to deliver more detail, the fact of the matter is that Lake Michigan is so huge, and its ecosystems so diverse, that the types of fishing, seasonal differences, and best methods will be different from place to place and month to month.

So, remember the bit of advice we gave earlier: head for a local tackle shop, make some new friends, and start asking questions. Because while learning about fishing in Lake Michigan is a big, big undertaking, once you get the lay of the land you could be making some big, big catches.